On Tuesday 1 November 2022 the event called “Ämnets dag” took place at the university of Gothenburg.

The event is aimed to physics and science teachers at different school levels working in the Gothenburg area. Laura Natali joined the initiative and organised one of the workshops available. The activity prepared was an introductory class to simulations modelling active matter.

The workshop addressed the basic aspects of active matter and some examples of its relevant applications nowadays. The focus was on a hands-on workshop, to try out simulations and give a qualitative idea of active behaviour and the effect of different parameters on it. Next to the simulated active particles, it was also possible to play with Hexbugs a simple robotic example of active matter. 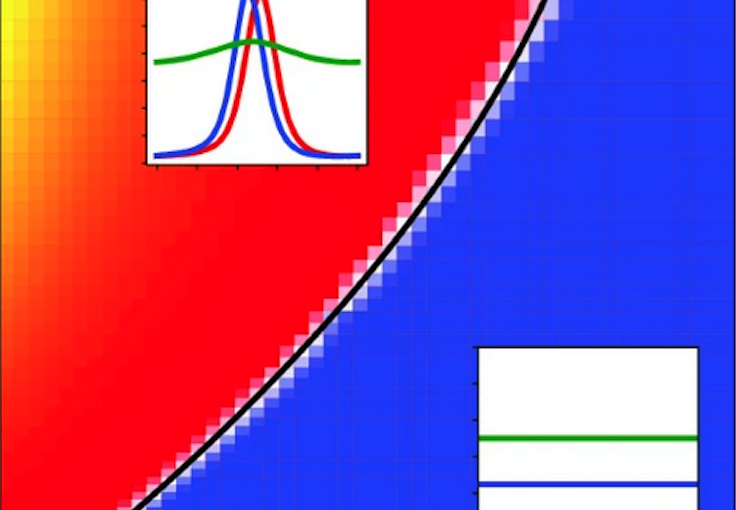 We study a one-dimensional three-state run-and-tumble model motivated by the bacterium Caulobacter crescentus which displays a cell cycle between two non-proliferating mobile phases and a proliferating sedentary phase. Our model implements kinetic transitions between the two mobile and one sedentary states described in terms of their number densities, where mobility is allowed with different running speeds in forward and backward direction. We start by analyzing the stationary states of the system and compute the mean and squared-displacements for the distribution of all cells, as well as for the number density of settled cells. The latter displays a surprising super-ballistic scaling ∼t^3 at early times. Including repulsive and attractive interactions between the mobile cell populations and the settled cells, we explore the stability of the system and employ numerical methods to study structure formation in the fully nonlinear system. We find traveling waves of bacteria, whose occurrence is quantified in a non-equilibrium state diagram. 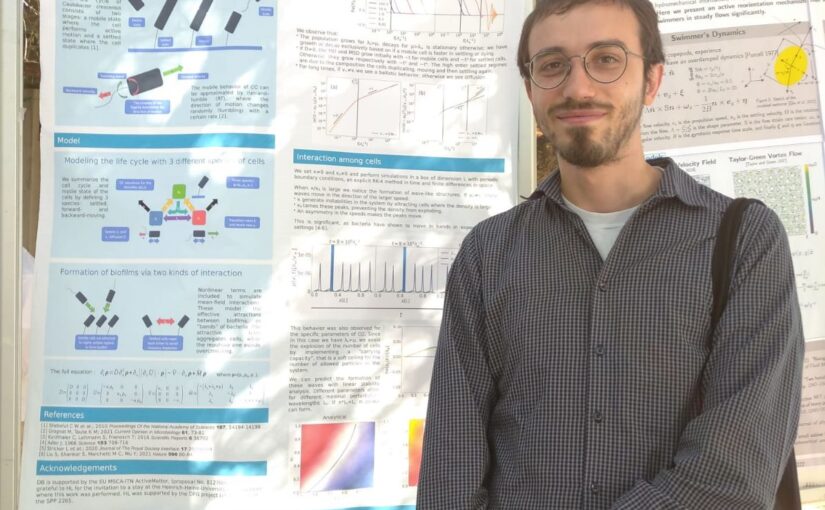 Davide presented his work at the Active Matter and Active Media Summer School 2022 in Cargèse, France. His poster “A one-dimensional three-state run-and-tumble model with a ‘cell cycle’“, focuses on the modelling of the dynamics and life cycle of the Caulobacter crescentus with Fokker-Planck equations. 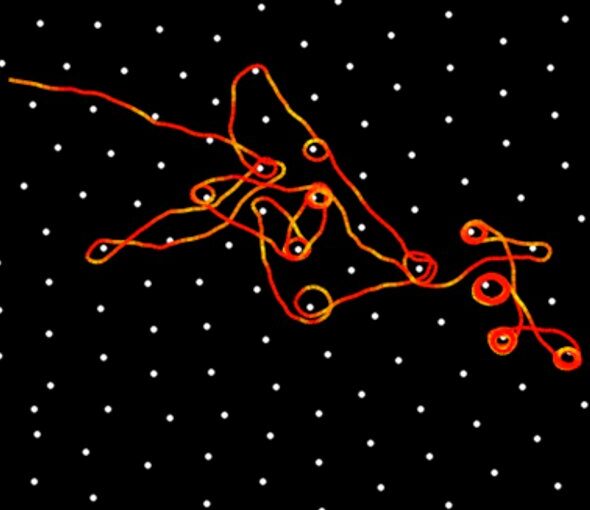 On the 23rd of September Carolina will present her work on microswimmers in colloidal arrays at the ISMC in Poznań, Poland. In her talk, titled “Confounding Interactions with Obstacles: How Colloidal Lattices Steer the Dynamics of Catalytic Microswimmers“, she will show how colloidal lattices self-assembled at a fluid-fluid interface can steer the dynamics of catalytic microswimmers hovering along the interface. 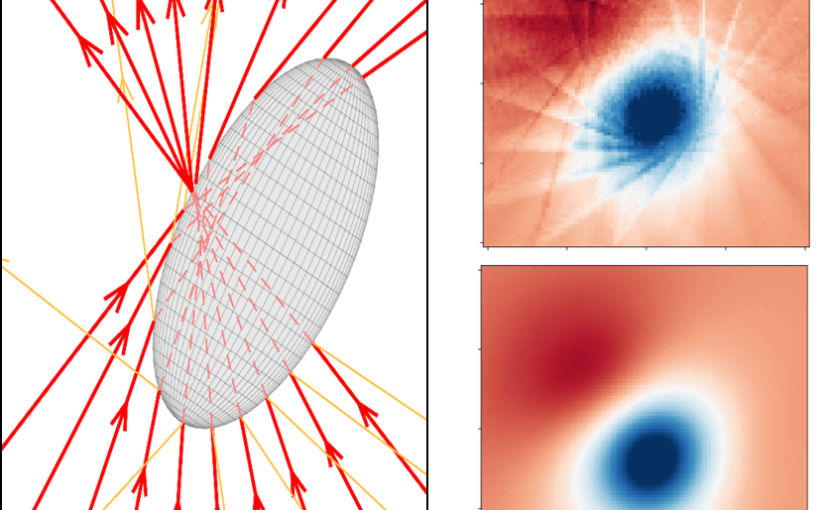 Optical forces are often calculated by discretizing the trapping light beam into a set of rays and using geometrical optics to compute the exchange of momentum. However, the number of rays sets a trade-off between calculation speed and accuracy. Here, we show that using neural networks permits one to overcome this limitation, obtaining not only faster but also more accurate simulations. We demonstrate this using an optically trapped spherical particle for which we obtain an analytical solution to use as ground truth. Then, we take advantage of the acceleration provided by neural networks to study the dynamics of an ellipsoidal particle in a double trap, which would be computationally impossible otherwise. 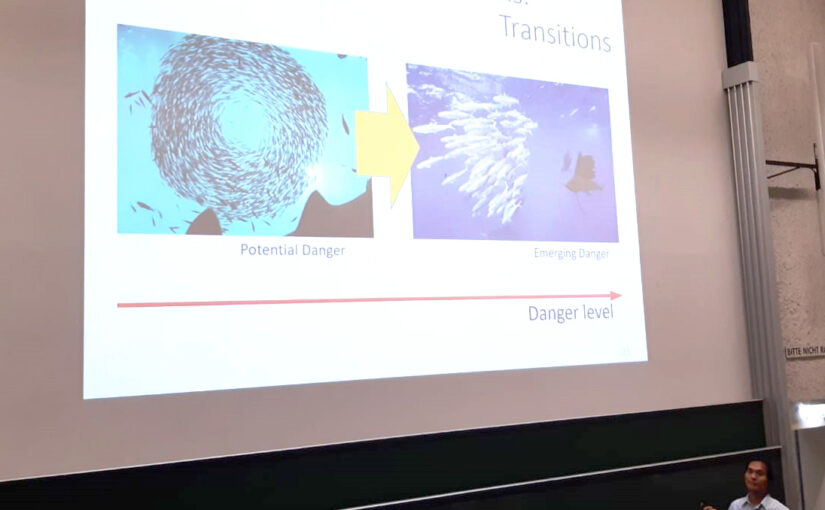 On the 7th of September, Chun-Jen Chen gave a talk titled “Collective response of microrobotic swarms to external threats” during his participation of the 2022 DPG Meeting of the Condensed Matter Section in Regensburg, Germany. The 15-minute talk focused on the novel stratergy to implement extra feature into a collective social behaviour and corresponding experimental results with microrobotic colloidal particles. The talk also delivered prospective impact of such findings on microrobotic swarm design and undiscovered phase behaviours between collective behavioural states. The meeting gethered a wide range of bio-physists and active/soft-matter physists and trigged inspiring discussion across different projects.

You can find out more detail about the presented work as the contents of this talk was based on Chun-Jen and Clemens Bechinger’s publication at New J. Phys. 24 033001 (2022). 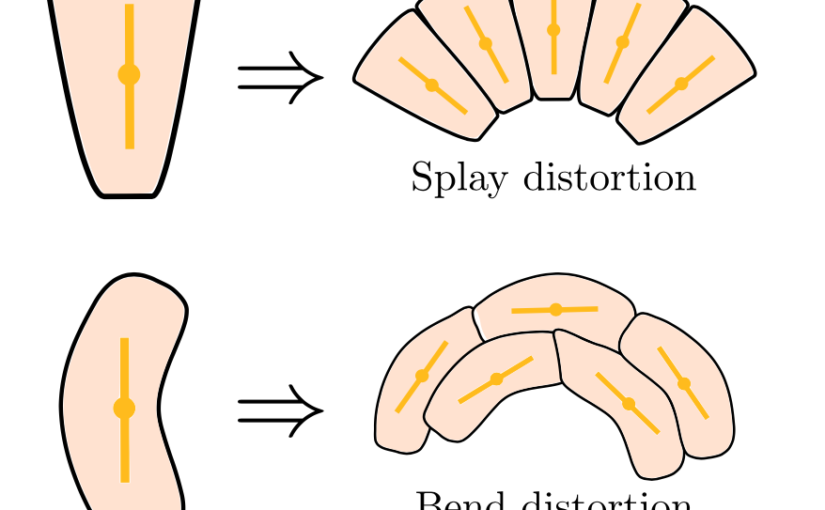 We extend the continuum theory of active nematic fluids to study cell flows and tissue dynamics inside multicellular spheroids, spherical, self-assembled aggregates of cells that are widely used as model systems to study tumour dynamics. Cells near the surface of spheroids have better access to nutrients and therefore proliferate more rapidly than those in the resource-depleted core. Using both analytical arguments and three-dimensional simulations, we find that the proliferation gradients result in flows and in gradients of activity both of which can align the orientation axis of cells inside the aggregates. Depending on environmental conditions and the intrinsic tissue properties, we identify three distinct alignment regimes: spheroids in which all the cells align either radially or tangentially to the surface throughout the aggregate and spheroids with angular cell orientation close to the surface and radial alignment in the core. The continuum description of tissue dynamics inside spheroids not only allows us to infer dynamic cell parameters from experimentally measured cell alignment profiles, but more generally motivates novel mechanisms for controlling the alignment of cells within aggregates which has been shown to influence the mechanical properties and invasive capabilities of tumors. 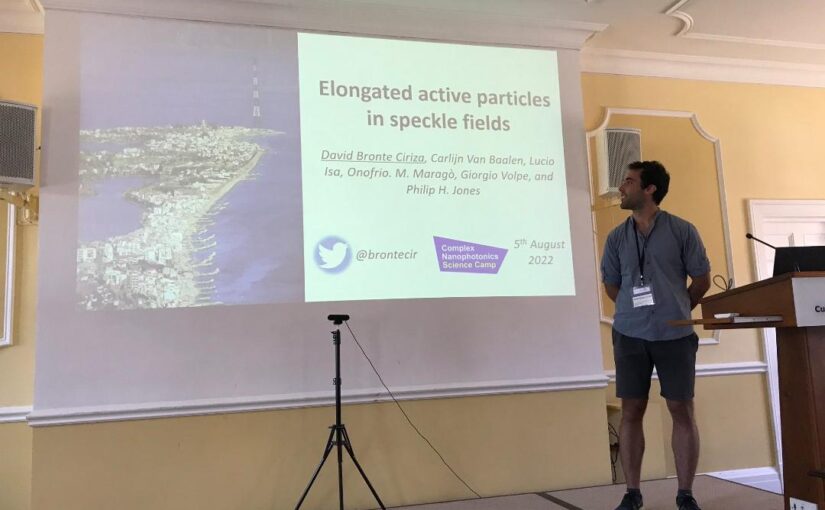 Between the 2nd and the 5th of August David participated in the Complex Nanophotonics Science Camp in Windsor, UK. The Science Camp brought together 60 early-career scientists in the field of photonics but also science writers and editors in an unconventional format – mixing contributed and invited talks, seminars and debates – to present and discuss the latest research and future directions of the field in an open atmosphere and help developing the Complex Nanophotonics community. During this conference David presented a talk on “Elongated active particles in speckle fields“, the questions were many and the community was very interested in the topic. In the journey to Windsor, David visited Phil and Giorgio’s lab, which was a great opportunity to discuss with the other students in the groups. 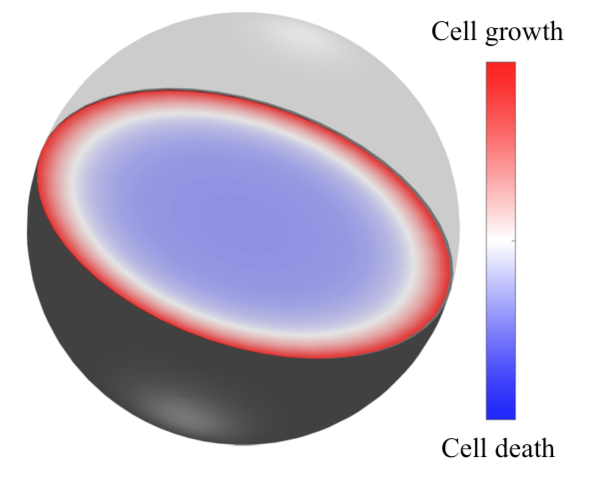 Multicellular spheroids are self-assembled balls of cells, typically hunderds of microns in diameter. They are important model systems for high throughput screening of the effects of mechanical or oxidative stress on tumors and for testing the efficacy of anti-cancer drugs. Gradients in metabolite concentration and the cell division rate across spheroids lead to gradients in activity, the rate at which the cells use energy to generate forces. This results in cell ordering and flows that can be described using the theories of active nematics. By comparing cell alignment profiles in experiments to model predictions, we can extract dynamical tissue parameters which are difficult to measure directly, thus establishing a link between 3D active fluids and the tissue-scale organization in biological systems. 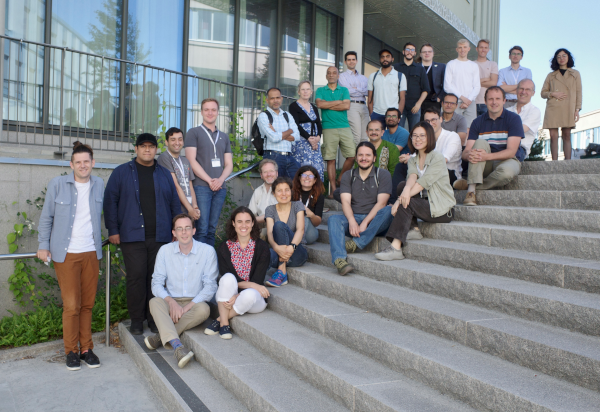 Between the 1st and the 19th of August 2022 Liam participated in the Nordita workshop Current and Future Themes in Soft & Biological Active Matter. In his talk titled “Modelling the Dynamics of 3D cell aggregates” he motivated how cell divisions and death act as a source of active forces in cellular aggregates and how these processes can be incorporated into continuum models of tissues. Applying this model to 3D living cell aggregates (spheroids) not only allows the inference of dynamic cell parameters from experimentally measured cell alignment profiles, but more generally motivates novel mechanisms for controlling the alignment of cells within aggregates which has been shown to influence the mechanical properties and invasive capabilities of tumors.