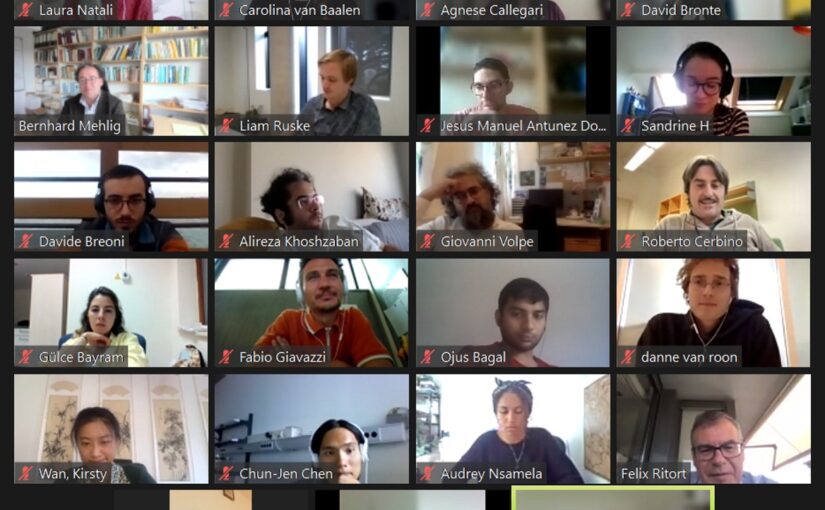 On the 20th of September, the last round table of the Initial Training on Theoretical Methods took place. The discussion was let by the ESRs David, Sandrine, Liam, Carolina, Danne, and Laura. We were excited by the presence of an inspiring panel composed of Felix Ritort, Roberto Cerbino, Kirsty Wan, Fabio Giavazzi, Bernhard Mehlig, and François Nédélec.

The quote “If a system is in equilibrium, it’s probably death” ignited a lively and dynamic discussion around the topic of this final round table: “The universality of active matter: From biology to man-made models.”
Several topics were discussed ranging from active matter length scales and entropy production, to the equipartition theorem and universality. The session left us pondering about the definition of active matter: From single cells to the galaxy, where does the definition of active matter end? Our panelists conclude that it all depend on the question we ask ourselves. The round table was closed with a highlight of the most interesting avenues and opportunities in active matter, including the merge information and activity, realization of in vivo systems, as well as the manipulation of soft matter systems. Some inspiring words from one of the panelists let us realize: “We are the future of active matter.”