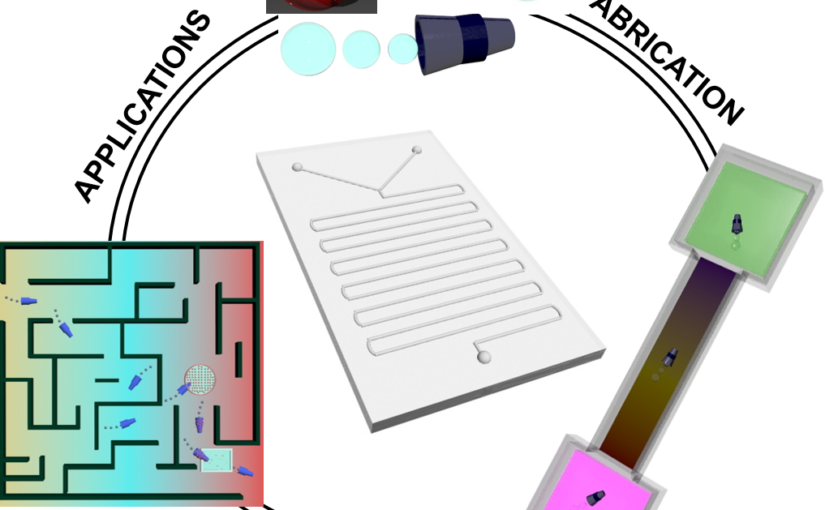 Microfluidics for Microswimmers: Engineering Novel Swimmers and Constructing Swimming Lanes on the Microscale, a Tutorial Review

Abstract: This paper provides an updated review of recent advances in microfluidics applied to artificial and biohybrid microswimmers. Sharing the common regime of low Reynolds number, the two fields have been brought together to take advantage of the fluid characteristics at the microscale, benefitting microswimmer research multifold. First, microfluidics offer simple and relatively low‐cost devices for high‐fidelity production of microswimmers made of organic and inorganic materials in a variety of shapes and sizes. Microscale confinement and the corresponding fluid properties have demonstrated differential microswimmer behaviors in microchannels or in the presence of various types of physical or chemical stimuli. Custom environments to study these behaviors have been designed in large part with the help of microfluidics. Evaluating microswimmers in increasingly complex lab environments such as microfluidic systems can ensure more effective implementation for in‐field applications. The benefits of microfluidics for the fabrication and evaluation of microswimmers are balanced by the potential use of microswimmers for sample manipulation and processing in microfluidic systems, a large obstacle in diagnostic and other testing platforms. In this review various ways in which these two complementary technology fields will enhance microswimmer development and implementation in various fields are introduced. 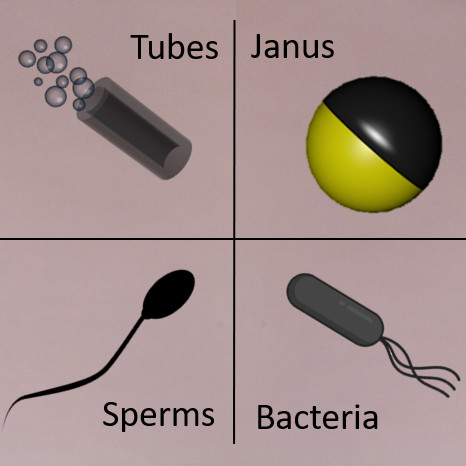 Effect of viscosity on microswimmers: a comparative study

Abstract: Although many biological fluids like blood and mucus exhibit high viscosities, there are still many open questions concerning the swimming behavior of microswimmers in highly viscous media, limiting research to idealized laboratory conditions instead of application‐oriented scenarios. Here, we analyze the effect of viscosity on the swimming speed and motion pattern of four kinds of microswimmers of different sizes which move by contrasting propulsion mechanisms: two biological swimmers (bovine sperm cells and Bacillus subtilis bacteria) which move by different bending patterns of their flagellaand two artificial swimmers with catalytic propulsion mechanisms (alginate microtubes and Janus Pt@SiO 2 spherical microparticles). Experiments consider two different media (glycerol and methylcellulose) with increasing viscosity, but also the impact of surface tension, catalyst activity and diffusion coefficients are discussed and evaluated.