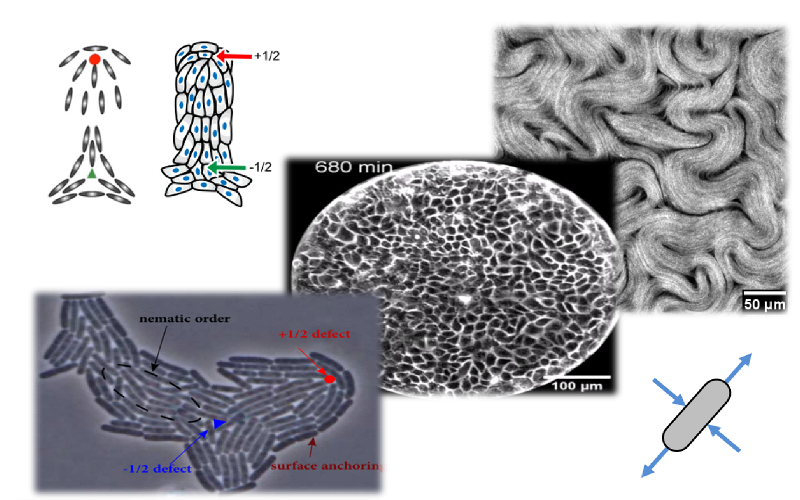 It is increasingly becoming apparent that the physical concepts of forces and flows play an important role in understanding biological processes, from the spread of cancers to morphogenesis, thedevelopment of organisms. However, biological systems, such as cells, probe new ideas in that theyoperate out of thermodynamic equilibrium continually taking chemical energy from their surroundings, and using it to move and self-organise.

The term active matter has come to describe models of living systems where such a continuous influx of energy leads to striking collective behaviour like the chaotic flow patterns of active turbulence seen in collections of bacteria and self-propelled topological defects which are now thought to be relevant to some modes of biofilm formation. This paper is a numerical investigation of three-dimensional droplets composed of active matter and the ways in which their shapes change in response to the continuous input of energy. One striking observation is the continuous formation of finger-like protrusions, reminiscent of the collective motion of invading cancer cells. By changing the mechanical properties of the drop or the activity level, we find several different dynamical responses: for example the droplet surface can wrinkle in a way that resembles a walnut or the active forces can drive a dimple in the droplet to grow, leading to a cup-shape: such invagination is reminiscent of patterns seen during morphogenesis.

Understanding the behaviour of model systems, here a continuum model of active material, is an important step towards the goal of understanding the role of physical theories in the life sciences.